Today and on Friday, I thought I would talk about how I preserve and store my crops. 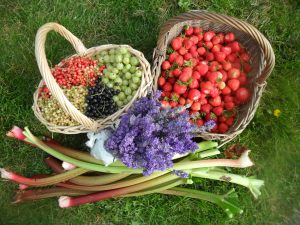 After we have picked and eaten as much as we possibly can, what do we do with the rest so it doesn’t go to waste and end up in the compost bin? 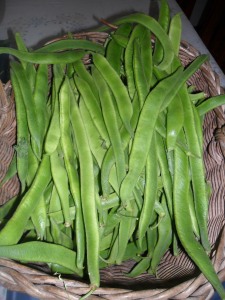 Years ago, if you didn’t preserve your crops then you would possibly starve.  Today it isn’t so life threatening to do this, as we have supermarkets to fill our food gaps.  However, the food has usually flown thousands of miles to get to us and doesn’t really taste as nice, as it has been bred for its long shelf life rather than its taste.

I love growing vegetables for my family and I know it’s far cheaper to grow my own fruit and vegetables rather than buy them from the supermarket.  I also know that the produce that I harvest are grown organically without the use of pesticides, so it makes sense to preserve and store my produce, ready for use over the winter.

I do buy the odd vegetable in the winter, but mostly I use produce that I have stored, preserved, or I dig up the winter vegetables at my allotment. 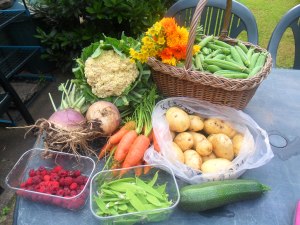 During July, August and September I spend most of my days picking, digging up, preserving and storing my crops.  It gives me a huge sense of satisfaction to be as self-reliant as possible and I feel such a pleasure when my family are eating the food I have grown.

So How Do I Store And Preserve The Crops I grow?

Firstly, the most natural way to store my vegetables is to leave them to nature.  Crops that are frost hardy such as leeks, parsnips, cabbages, kale, Jerusalem artichokes, celery and spinach will sit happily in the soil over winter until I need them.

I understand that carrots, beetroot and swedes can also be left in the ground over winter if you mulch them with straw, but when I tried this they suffered a lot of slug damage, so I don’t store them like this anymore.

Some crops are better lifted and stored.  A good example of this is potatoes as the longer you leave them in the ground, the more slug holes you seem to have in them.  Years ago, root crops would have been stored in a ‘clamp’ in the garden, which is an inexpensive way of insulating the crop.  You can still use this method if you want to.  You can read about ‘clamps’ here.

I prefer to store some of my vegetables in a dark, dry, frost free place.

After I have dug up my potatoes I leave them out to dry for a few hours on the soil, turning them once.  I then put them into sacks to store them.  I keep them in boxes (which are actually cushion boxes from B&Q) and even though the temperature has been below freezing for quite a length of time in the last few winters, my produce has been fine.  However, I do live in a town and I’m not sure if these boxes would remain frost free in a rural area.

My potatoes drying in the sun

Early potatoes don’t store as long as main crop potatoes, so we use them first.  Also any that have slug holes or blemishes are eaten first too, as these just don’t store well either.

TIP:  Don’t store potatoes in plastic bags as the humidity will rot them and do check the potatoes for any signs of rotting every so often, as one rotten potato will rot the a whole sack if you don’t notice it. 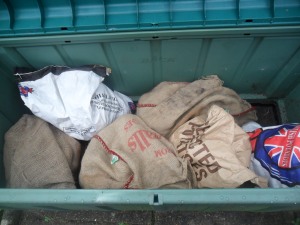 I also store carrots, beetroot and swedes in my ‘cushion’ boxes.  It is easy to store them and very convenient to pop outside to get something to prepare for dinner.  I lift the vegetables and twist off the tops and then put them into a wooden box on top of a layer of compost (you can use sand for this too).  I make sure the vegetables aren’t touching and then I cover them with compost.  This way they store beautifully over the winter. 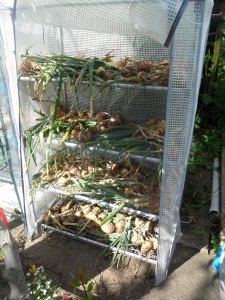 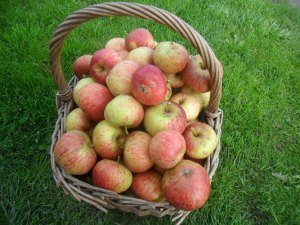 I also store my apples over winter. Early varieties of apple don’t store very well, so I store the apples from my later variety of apple trees.  All I do is wrap each apple up individually in newspaper and stack them in a box.  Again I check them every so often as one bad apple can destroy the whole box.

Finally, winter squashes can be stored for approximately six months in a well ventilated place.  The RHS recommend that winter squashes are kept between 10C and 15C.  I keep mine in our bedroom on top of our chest of draws on a tray, which I know is not the most romantic thing to do, but the squashes last for ages as it’s the coolest room in our house. 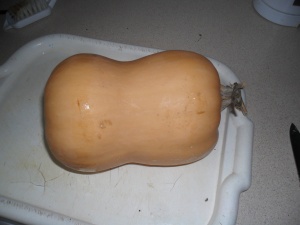 Before storing winter squashes it is important to ‘cure’ your squash.  All this means, is to leave them outside in the sunlight after you have cut them from the plant, for a week to ten days (more if possible).  Ensure you cover them or take them indoors if a frost threatens.  I cure mine in my greenhouse, which gives them some protection. 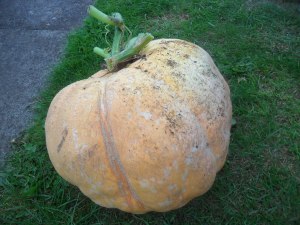 I think I’ve written enough for today, so on Friday I’ll continue to write about freezing and preserving our produce.