Before I start today I wanted to remind anyone that is interested, that my usual monthly blog post of

‘What To Do In The Kitchen Garden In November’ can be found here.

There is loads of information in this post e.g. weather conditions expected, what to sow / plant / harvest in November, jobs to do and pests / diseases that you may encounter this month.

I hope it helps someone out there.

This week I have started to get back to normal after decorating my daughter’s bedroom a couple of weeks ago.  It has felt nice making bread and cakes again: 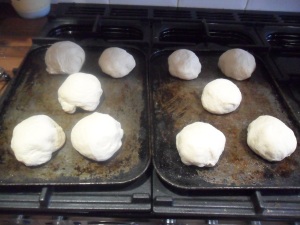 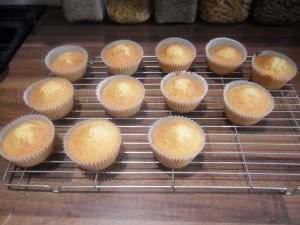 I also caught up with a few jobs I have been putting off.

I started by flushing my plug holes with bi-carb and vinegar to ensue they don’t start to block up.  It’s great for removing food, hair and soap scum from your pipes.  It’s very simple to do:

I put one tablespoon of bi-carb in the plug hole and then I added three tablespoons of white distilled vinegar and left it for a few minutes to fizz away:

I then flushed it all down with boiling hot water:

I also finally brought in the tomatoes that were sitting in my greenhouse ripening.  I put them there at the beginning of October and they have ripened well: 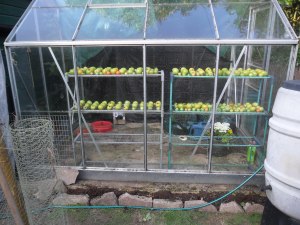 I left a few on my kitchen window sill to continue to ripen and I have left some out for sandwiches and salads, 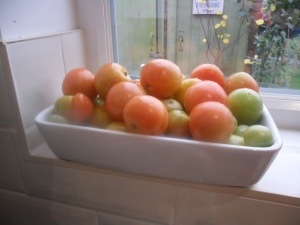 but I have also managed to make some more passatta to freeze: 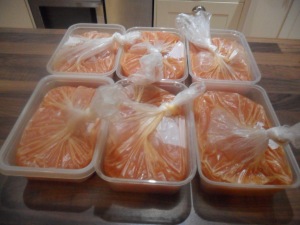 In my garden this week I started to use another batch of lettuces that I have been growing under environmesh….I pick the outside leaves of the lettuces so they continue to grow.  They should be fine growing outside under the environmesh for some time yet, before the harsh winter weather comes:

One thing I noticed in my garden is I have somehow managed to grow a clematis.  I do remember that a clemastis used to scramble through the large photinia bush I used to have in the corner, but I assumed this was killed off when I cleared the area at the beginning of the year.

When I first saw it growing in the summer I twisted the growth around my trellis as I really wasn’t sure what it was (though I did suspect it looked like a clematis) and this week it has begun to flower….better late than never:

I shall leave the plant where it is as it obviously wants to be there and I will prune it in February.

I also finally bottled up the wine I made a few weeks ago.  I had a little taste and it is lovely already, but hopefully as it matures it will get even better.  These bottles will be great in my Christmas hampers: 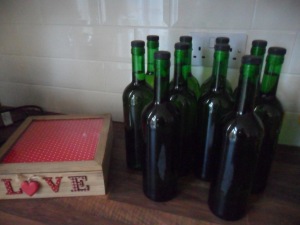 My lovely sister dropped in this week with some apples from the tree in her garden, as she has had a bumper crop: 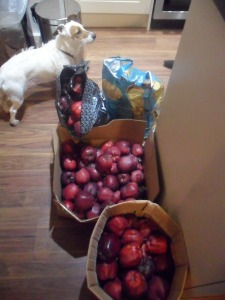 I sorted the apples and I wrapped up those without blemishes in newspaper and placed them in a cool, dark place to store them through the winter: 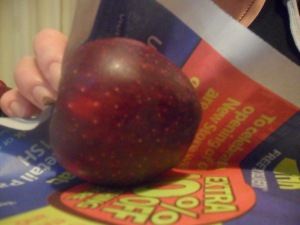 I then decided to juice the remaining apples, so I started by washing the apples and then removing all the bad bits:

Unfortunately there were rather a lot of bad bits and when I chopped the apples in half I found that loads of them were bad in the middle.  I’m not sure if they are bad due to ‘codling moth’ or wether it is the result of ‘mouldy core rot’: 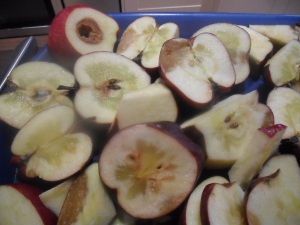 However, I did get enough good apples to do a little bit of juicing: 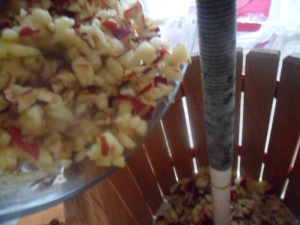 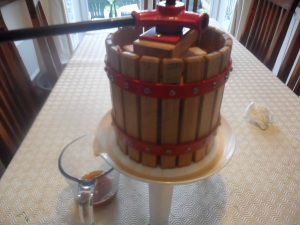 It was a shame about the rotten apples but the juice we did get was absolutely delicious:

My sister also gave me a few bramley apples, so I made an Apple Cake traybake:

2 – 3 tbsp demerara sugar to sprinkle over the top.

Put the margarine, caster sugar, eggs and vanilla into a bowl and then seive the flour and baking powder into the bowl.

Mix until all the ingredients are combined and then add a little bit of water to the mixture if it doesn’t drop off the spoon easily.

Sprinkle the apples with demerara sugar

Bake for 45-50 minutes.  Ensure the cake is cooked by inserting a skewer….it is cooked when the skewer comes out clean.

Leave to cool for ten minutes and then slice.

Serve hot or cold on it’s own or with cream or ice cream.

Thank you for reading my blog today, I will be back next Friday as usual.

27 thoughts on “Catching Up & An Apple Cake Tray Bake Recipe”